What Is Jitbit Helpdesk? Overview & Tour Of Features

The most versatile work management on the market. Transform how your teams work.

Find out more about Jitbit Helpdesk’s features and capabilities here.

What Is Jitbit Helpdesk?

Jitbit Helpdesk is a web ticketing system designed to work primarily with email. At a very competitive price point, Jitbit Helpdesk offers a comprehensive set of features while maintaining a clear and easy-to-use look.

Jitbit Helpdesk was founded in 2005 in the UK and is a bootstrapped and profitable company funded only by their customers. The Jitbit Helpdesk app has been in active development for the last 12 years.

Who is Jitbit Helpdesk for?

Jitbit Helpdesk works well for businesses of all sizes that focus primarily on email and live-chat support.

The primary problem Jitbit Helpdesk solves is organizing email support. They provide two-way email integration and built-in support for all protocols, including the native Office 365 integration. Every email sent to your support teams will instantly appear in your helpdesk.

They are also focused on keeping their product easy-to-use. The helpdesk system market is filled with apps that are either difficult to use or lack crucial features. Jitbit Helpdesk manages to keep the learning curve low while including a very competitive feature set. 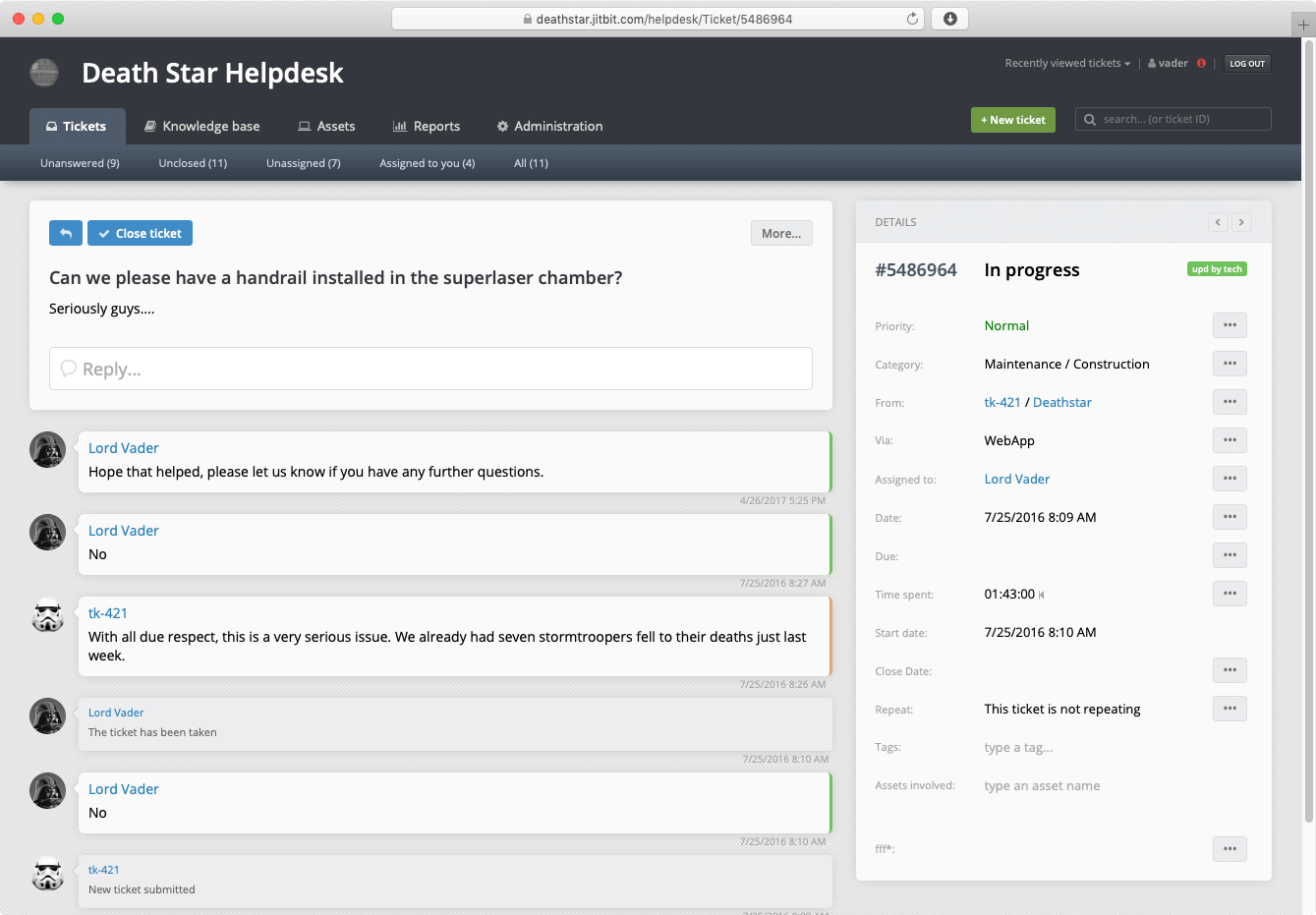 What’s On The Jitbit Helpdesk Roadmap?

Since Jitbit Helpdesk was launched in 2009, the product has continued to evolve. In 2018, Jitbit Helpdesk rolled out several new features, such as automation rules and asset management. And the product roadmap for the coming year includes some exciting updates, namely:

To get an idea of how Jitbit Helpdesk works, here’s a tour of the main features and how they can help you provide better customer support.

You can rely on automation rules to do most of the routine things for you. For example, you could set up an automation such as “if the subject contains ‘printer’ put the ticket in the ‘printers’ category and assign it to Jack”. You can also create rules for more complicated scenarios like sending requests to third-party HTTP services and more.

Jitbit Helpdesk comes with a live chat feature at no extra cost, and users can install the Jitbit Helpdesk support widget to their website. Visitors will be able to send messages to your company, with your techs receiving instant notifications.

Reporting tools are critical, and Jitbit Helpdesk has over 20 reports to help you get some insight into how your customer support department operates. When it comes to analytics, more is more and Jitbit Helpdesk definitely delivers. If the built-in reports are not enough, users have the option to export data points to Excel. 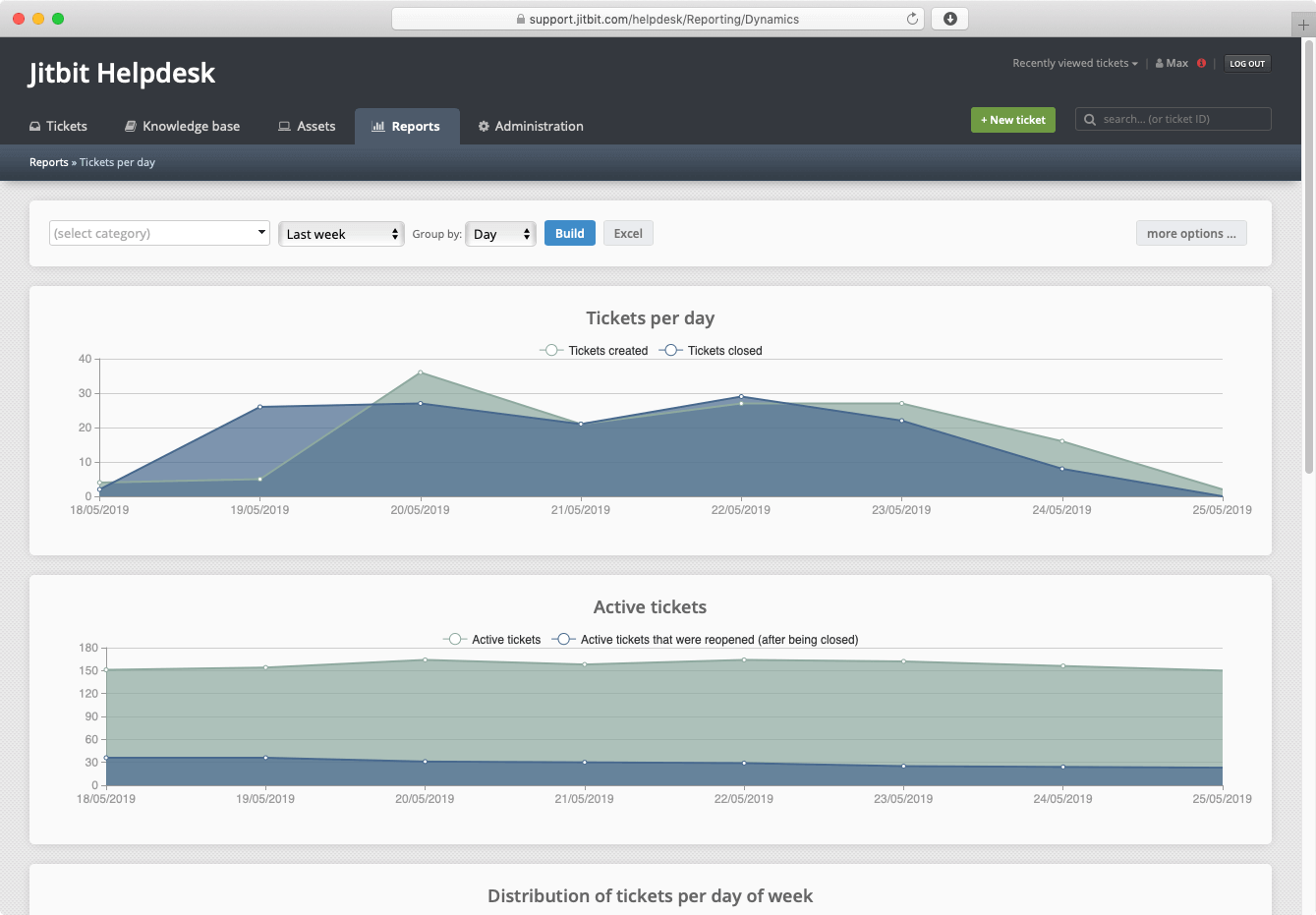 Jitbit Helpdesk’s reports include tickets per day and active tickets.

Speaking of insights, Jitbit Helpdesk’s dashboard allows users to see things as they happen. You can see new tickets, closed tickets, and many more metrics without a need to refresh the page. When it comes to helpdesk apps, Zendesk is undoubtedly the most popular one. Compared to Zendesk, Jitbit has a shorter learning curve and a comparable feature set, and is significantly less expensive for bigger teams.

If that’s not enough, you can use Jitbit Helpdesk with Zapier to integrate with 500+ other apps.

Jitbit Helpdesk also provides an API that lets you integrate with your in-house tools. If you decide to go with on-premise, Jitbit Helpdesk prices start at $1699 per 10 agents and go up to $4999 for unlimited agents.

The hosted version starts at $29 for 1 agent and gradually goes up in tiers. For example, 4 agents would cost you $69 per month, while 8 costs $129. Jitbit Helpdesk also offers a free 21-day trial that can be extended.

The most versatile work management on the market. Transform how your teams work.

Alex is the founder/CEO of Jitbit — a helpdesk ticketing system for customer service teams. 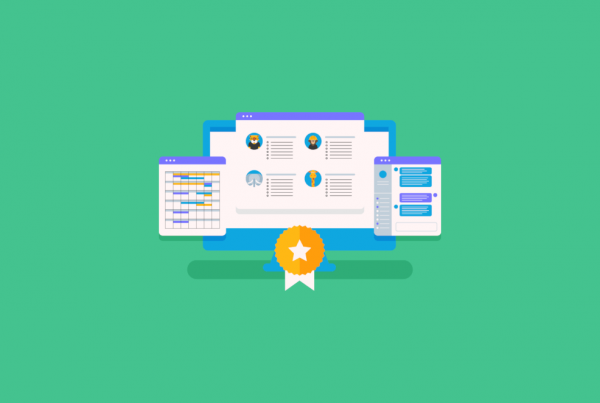