The project management software that keeps teams going. Collaborate as if you were right next to each other.
TRY FOR FREE.

As digital project managers, much of our work is about successful communication. Handling difficult conversations well can put a stop to poor team performance, financial misunderstandings, and plain old unrealistic client expectations before they become issues that put your project at serious risk. But even the most experienced project managers can feel nervous about having a difficult conversation.

Difficult conversations are difficult for a reason. They’re awkward and it can be hard to know what to say and how to say it.

Not really an option. Listening well is critical to having difficult conversations

There’s a fine balance to be struck between being professionally kind and being blunt enough to get your point across. Being able to handle a difficult conversation successfully can not only transform your project into something more manageable but also more enjoyable for everyone. In this article, we’ll explore five simple steps for handling difficult conversation successfully.

How To Have Difficult Conversations

1. Start With Your End Game

It might sound counter-intuitive, but the best place to start a difficult conversation is at the end. Ask yourself, ‘Why am I having this conversation?’, ‘What do I want to get out of it at the end?’, ‘What outcomes would resolve the situation?’ and so on.

Until it’s really clear in your mind why you’re having the conversation and what you want to get out of it, don’t have it. If you go ahead anyway, it may go well at the time but there’s a good chance it won’t solve the actual problem and you’ll end up revisiting it with another awkward conversation in the weeks to come.

Another important element in having a successful difficult conversation is to pick an environment conducive to open and honest discussion.

Think about if someone were going to have a difficult conversation with you; maybe they’re going to give you poor feedback about your performance, or they’re going to tell you your agency is set to make a $150k loss on a project. Where would you like to have that conversation? On the shop floor, with every set of ears in a 10m radius listening in? Probably not. That would put you immediately on the defensive and feel like a public attack.

Positivity can help prevent a difficult conversation ending in tears

More likely, you’d want to have it somewhere private, safe and comfortable. I’d recommend a private meeting room, or even going to a nearby coffee shop if you want to really put some space between your conversation and the office.

When picking a private space, be mindful of what it says – the HR director’s office will likely give the wrong impression even if you chose it because it’s the only free room!

3. Decide Who Should Have The Conversation

Most often it will be you that has the difficult conversation, that’s just the luck of the draw with managing a project and leading a team of people. Before you go steamrolling in, stop and think if there’s someone who would be better suited to having this conversation in order to get the desired result.

I was once managing a very visible, very large, and very high pressured project for my agency. We had a big team on the project and I had an amazing lead front-end developer who was fantastic to work with; pro-active, responsible, accountable, fun, knowledgeable, easy to get along with, really a top performer.

As we started getting closer to our first set of development deliverables he started to get cranky, and then he became crankier and crankier to the point that his behavior was starting to impact project morale and other members of the team. This wasn’t like him at all and it needed to stop pretty quickly. So here I was faced with an unpleasant conversation with someone I really needed performing highly on my project. The tricky thing was working out how I could have this conversation without demoralizing him. In the end, I decided I probably couldn’t. I was too close to the rest of the team, the client, and the workload and in his current frame of mind anything I raised would likely be perceived as a telling off. I asked his manager to have a casual catch up with him to see what was going on and how he was feeling.

So here I was faced with an unpleasant conversation with someone I really needed performing highly on my project. The tricky thing was working out how I could have this conversation without demoralizing him. In the end, I decided I probably couldn’t. I was too close to the rest of the team, the client, and the workload and in his current frame of mind anything I raised would likely be perceived as a telling off. I asked his manager to have a casual catch up with him to see what was going on and how he was feeling.

Turns out, he was buying a flat. Anyone who’s ever bought a place knows what a frustrating and all consuming time it can be. We decided the front-end lead could work from home half the time to reduce his commute, and allow him space for any house related things he needed to be available for. As long as he was around for key meetings, and the work was being completed we’d be happy. This arrangement worked fantastically and harmony returned to the project team. Win.

The key thing to think about here is what gives the conversation the best chance of success. Once you know that, put steps in place to make it happen even if that means bringing in someone more suitable than yourself to facilitate.

Knowing how to structure a difficult conversation can help you feel more confident during a tricky chat and stop you heading off on a tangent that you really isn’t relevant.

There are loads of frameworks out there you can use, but I like a simple observation framework where:

It sounds simple, and really it should be. There are no Jedi mind tricks to a structuring a difficult conversation, the simpler, the better. Here’s an example to help give the observation framework some context.

Scenario: You need to talk to your technical director about a development phase which is burning through budget too quickly. At this rate, your agency is going to make a loss and the client is unlikely to complete another project with you.

A well-structured conversation is clear, concise and a two-way discussion.

It can sometimes feel like we spend a lot of time fire-fighting when managing digital projects. Battling everything from late delivery, poor quality work, project finances in free fall, a creeping scope, late nights, a burnt out team, or simply unrealistic expectations about the speed of work, the level of service, or the number of bugs in testing – the list can be seemingly endless.

Difficult conversations are an inevitable part of a DPM’s life, but by being familiar with how to deliver them you’ll find yourself better prepared to handle them successfully and get the outcome the project needs.

What do you think?

The project management software that keeps teams going. Collaborate as if you were right next to each other.

Peta is a digital project manager and the founder of Digital Rev, a UK based digital project management consultancy and training firm. She has delivered project leadership training to DPMs and delivery leads from the UK, Germany, The Netherlands, Sweden, the USA and Australia. She’s also spent years working in digital agencies and in-house delivering complex, large scale projects. Peta believes in running projects to be commercially successful, meet real business objectives, build collaborative teams, and of course create digital magic which delights end-users. You can find out more about Peta’s project leadership training at: http://www.digital-rev.co.uk/

The project management software that keeps teams going. Collaborate as if you were right next to each other.

7 Project Manager Daily Tasks: What PMs Do On A Daily Basis

7 Project Manager Daily Tasks: What PMs Do On A Daily Basis 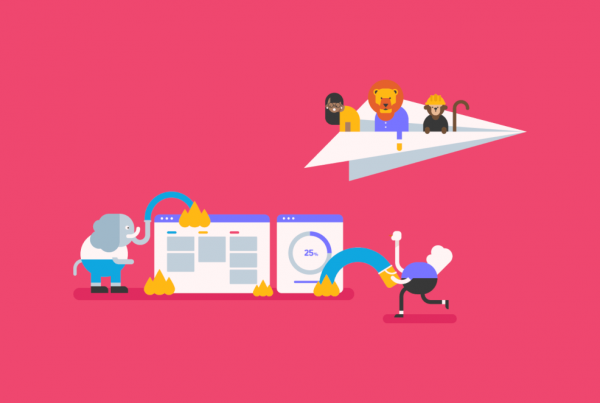 What Is & How To Create A Risk Management Plan How To Write A Statement Of Work In Project Management