Why Projects Will Be The Drivers Of Change (& Always Have Been)

Before we get to the projects, let me tell you a story about work.

Work has always been considered an essential part of being human: a means of providing for food, clothes, and shelter. In the wake of the social turmoil and rising unemployment which led to the February Revolution of 1848 in France, the French socialist leader Louis Blanc argued that human beings have “the right to work”, or engage in productive employment, and may not be prevented from doing so.

But since the industrial revolution, workers have been progressively reduced to numbers, headcount, assets, fixed costs; organizations have been driven primarily by targets and control systems.

Significant innovations in management have mostly focused on doing the work faster and more cheaply.

Most management theories revolved around the organization’s purpose to increase shareholder value. Productivity, efficiency gains, and short-termism would take place of pride for decades, mostly at the expense of employees—the human and social side of organizations.

Many organizations lost sight of this:

The impact of globalization and technological advancements, with thousands of companies collapsing and millions of jobs vanishing in western economies, has caused an enormous loss of confidence in capitalism and western leaders. And according to Silicon Valley futurists, over the next 10 years, societies will experience more change than in the past two and a half centuries.

More change, at a greater speed than ever!

Despite this daunting outlook, let me put forward one idea that can inspire us to remain positive and prompt us to action.

There is one model of productive collaboration, a method of work to generate value, that has remained constant over centuries, irrespective of organizational fashions.

This universal method of working and organizing work is the project.

Project-based work has been the engine that turned ideas into reality and generated the major accomplishments in our civilization.

I’ll show you how.

Symbolically, there are two major projects considered as the first megaprojects in history. I’ll start with those, followed by other ancient projects that have survived the age of time and have become landmarks of civilization.

Project 1: The Great Wall of China 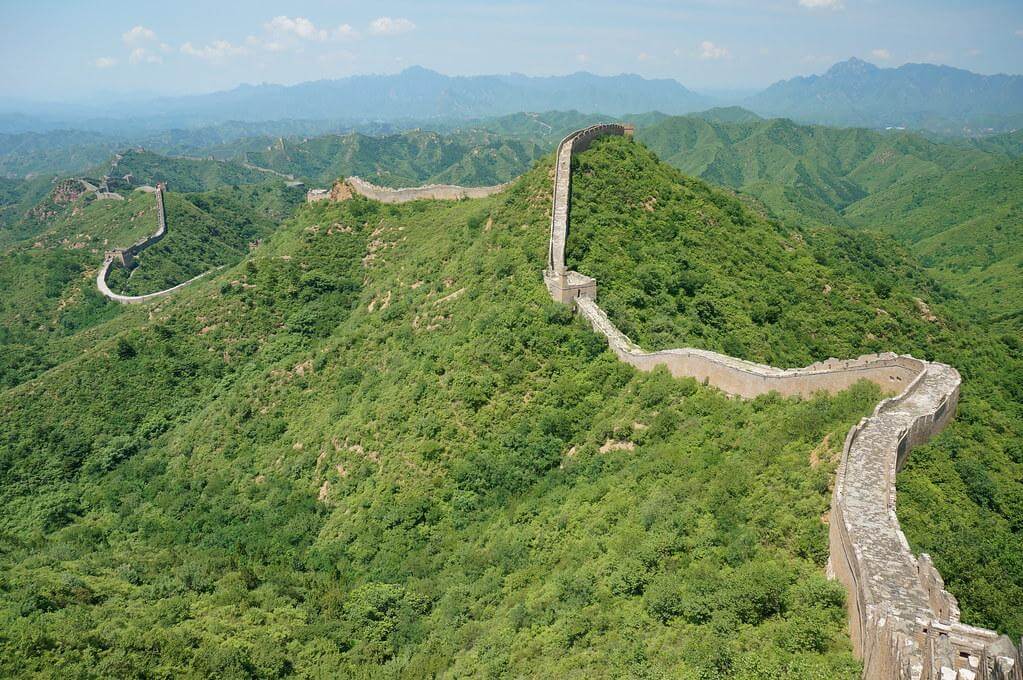 The Great Wall of China was built between 250 BC and AD 1450 as protection against invading Mongolian forces and other nomadic groups. The stone walls span over 6,000 kilometers and it remains the longest structure ever built.

Project 2: The Great Pyramid of Giza 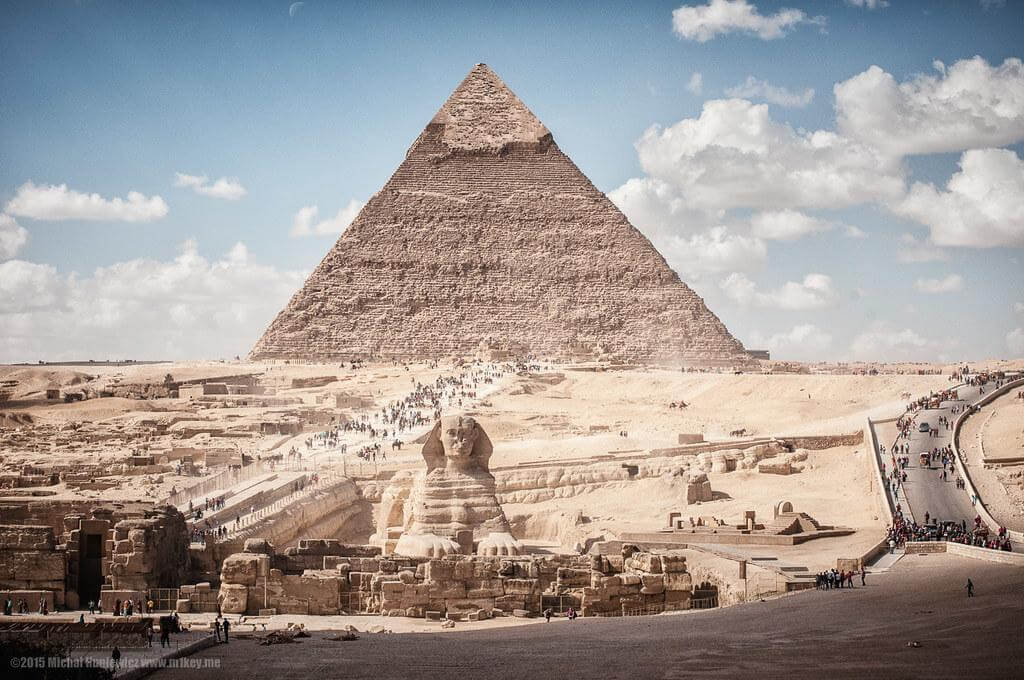 The second is the Great Pyramid of Giza (finished around 2560 BC), constructed in only 20 years with the goal of serving as the tomb of the Pharaoh. It was made from 2.3 million limestone blocks, which were sourced and lifted by human hands from over 800 kilometers away. The pyramid remained the tallest human-made structure in the world for over 3,800 years, unsurpassed until the 160-meter-tall spire of Lincoln Cathedral was completed in around 1300. 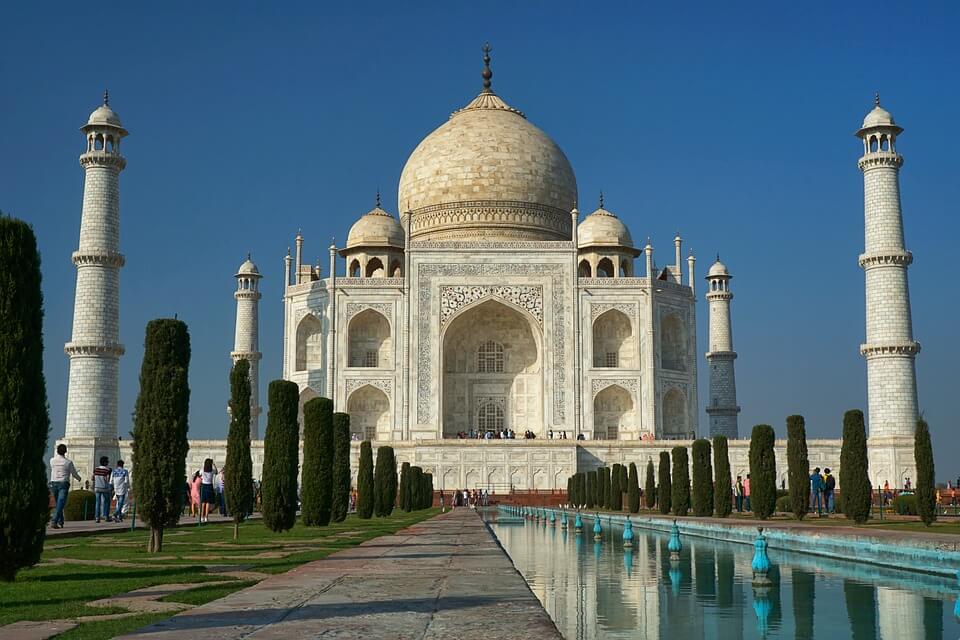 The Taj Mahal in India, built in the mid-1600s by the Fifth Mughal Emperor, Shah Jahan, as a tribute to his third wife. It took 22 years to be built and required a workforce of 20,000. 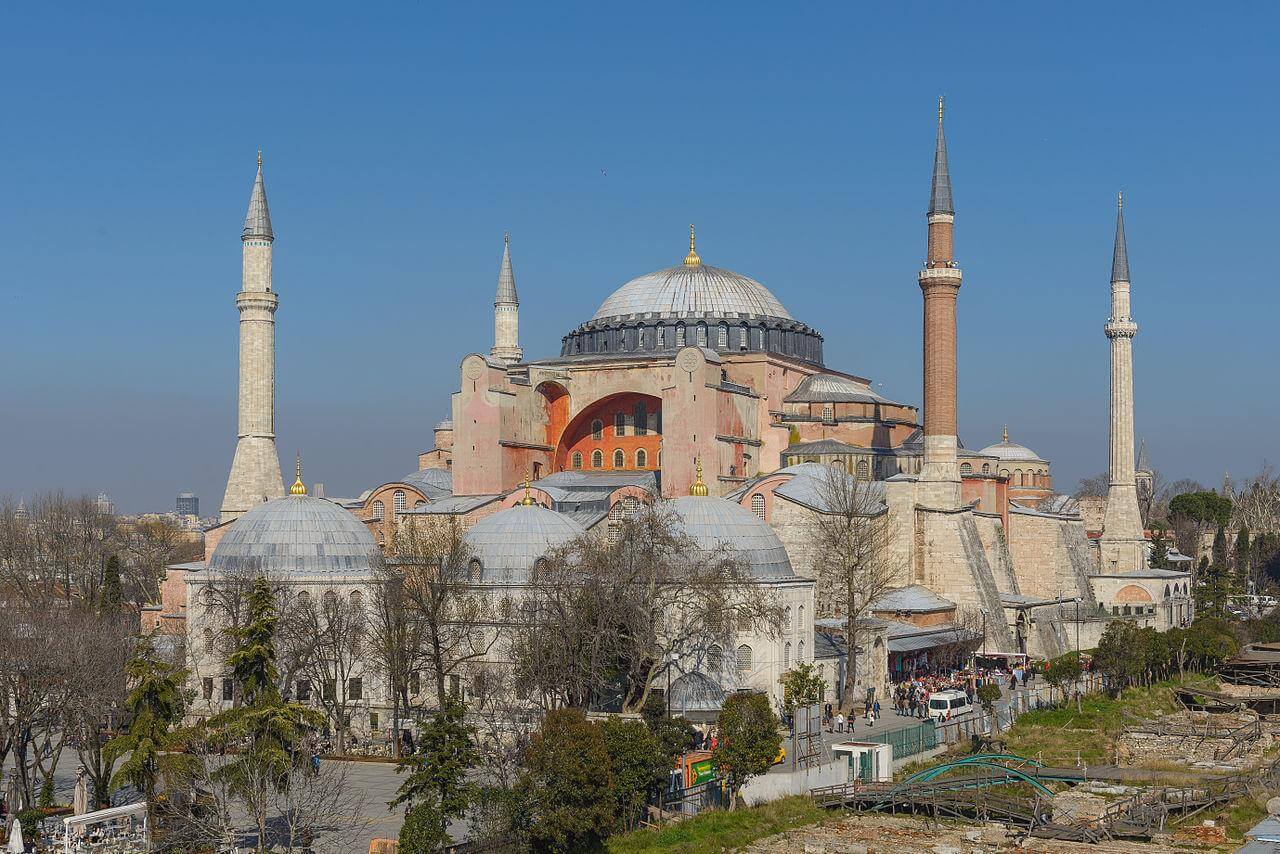 The Hagia Sophia in Istanbul was completed in the 6th century under the instruction of the Byzantine emperor Justinian. 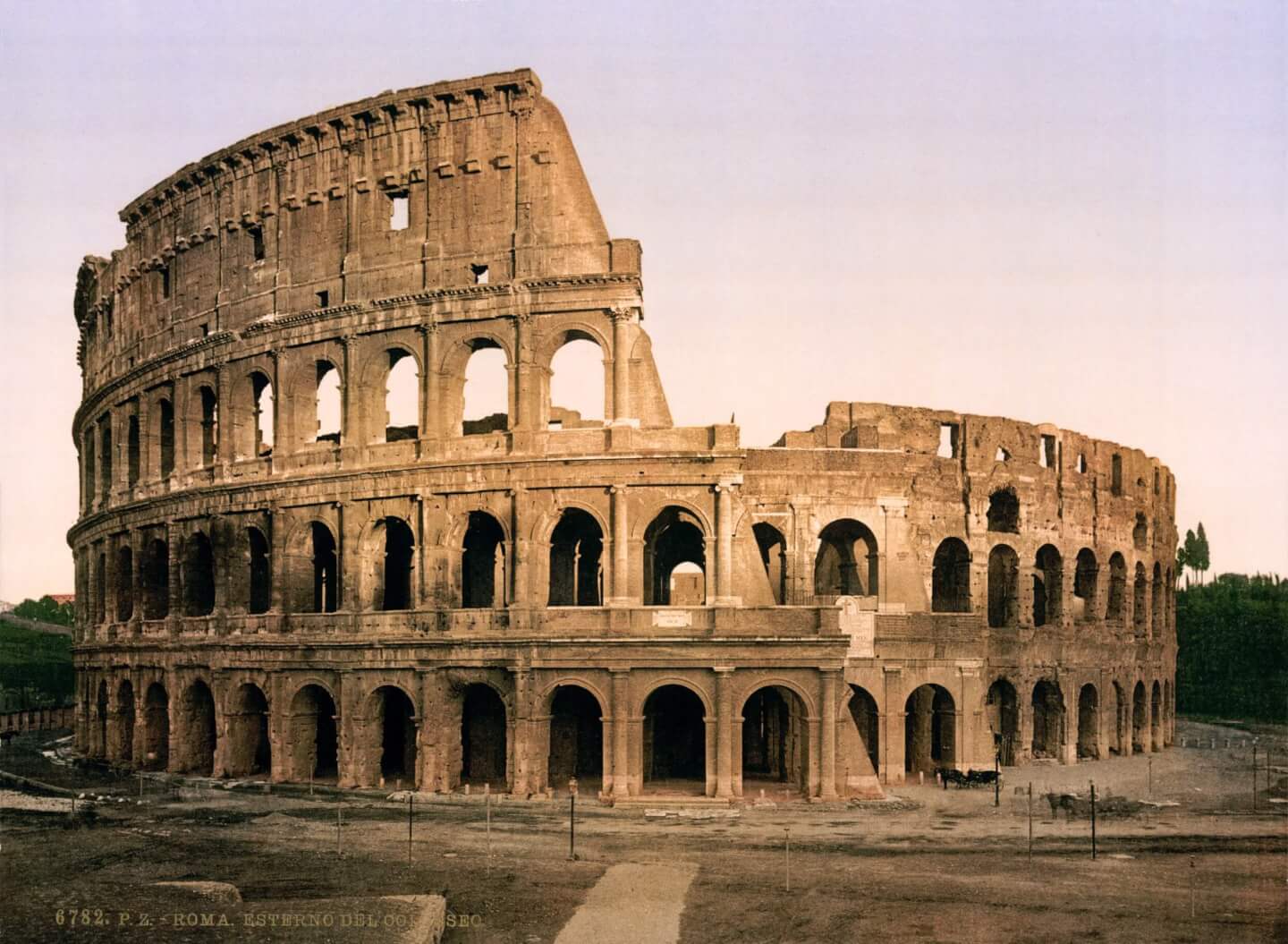 The Colosseum in Rome was built between AD 70 and 80 during the period of the Roman Empire.

Project 6: The City of Teotihuacan 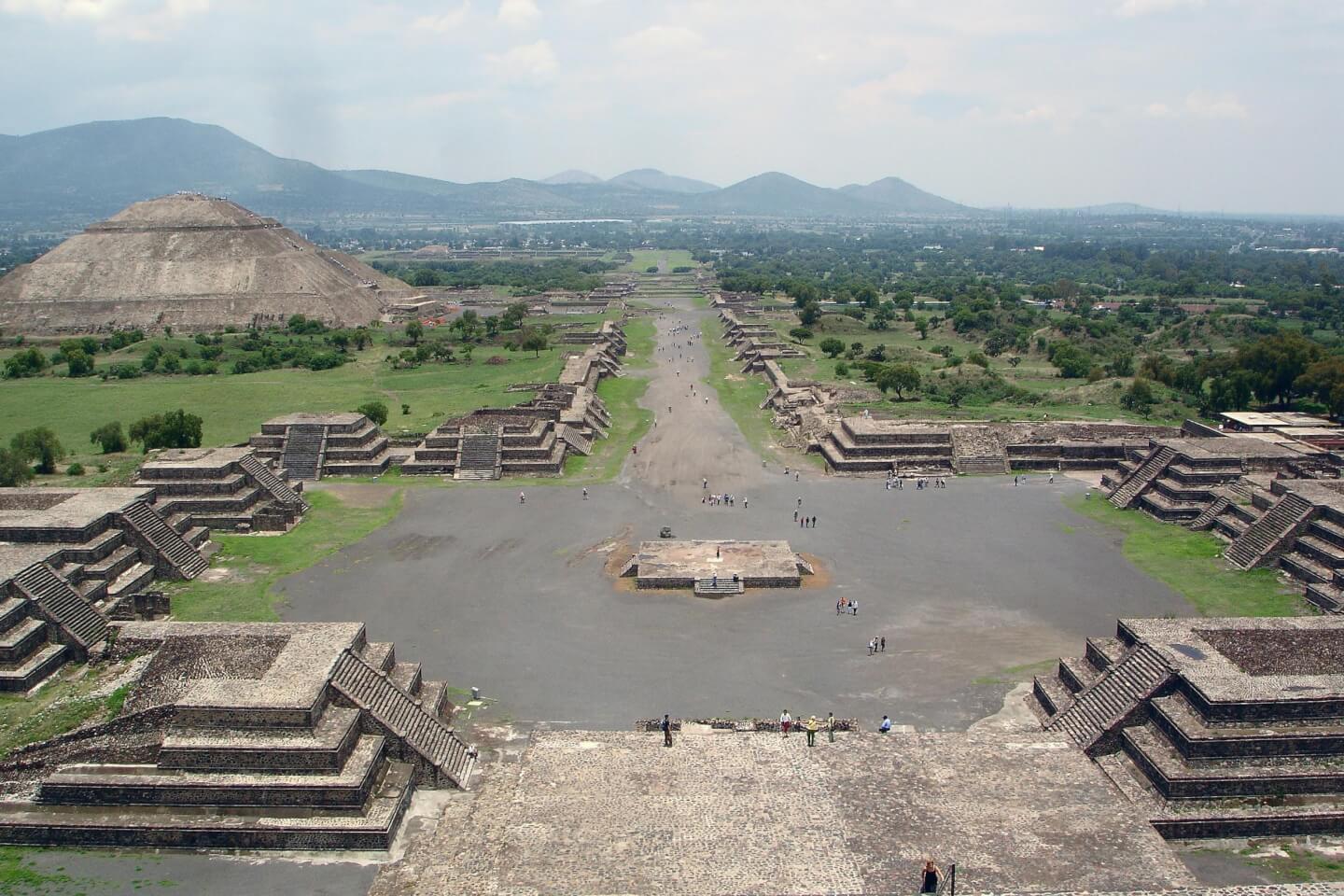 The city of Teotihuacan in Mexico is thought to have been established in 100 BC and may have had a population of 200,000 at its peak in AD 450. 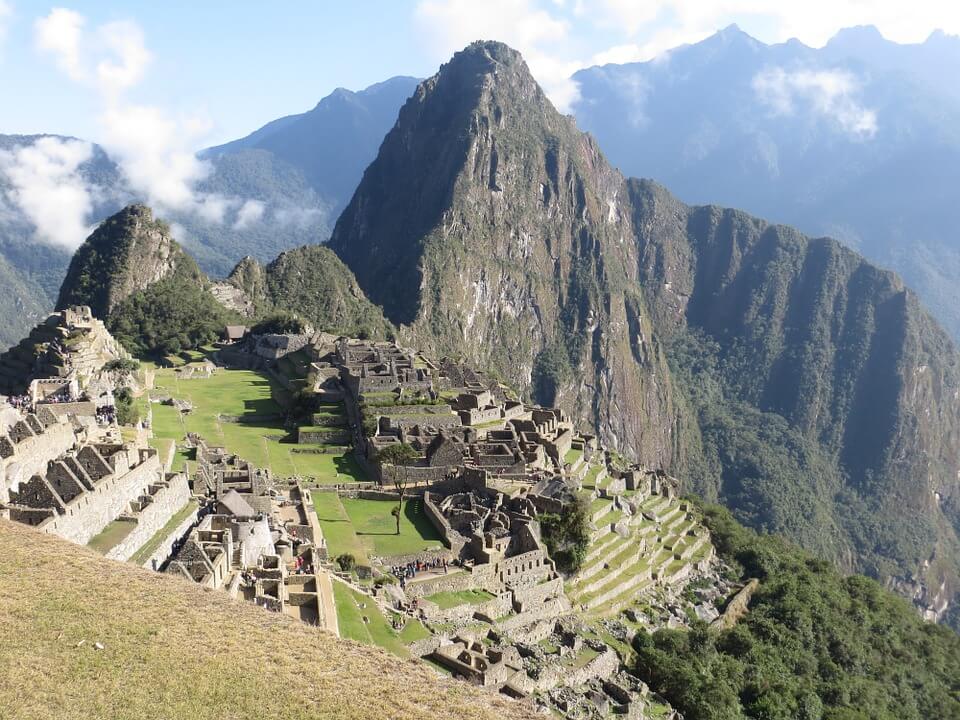 Machu Picchu in Peru, also known as the Lost City of the Incas, was an entire city located 2,340 meters above sea level.

In addition to these, we can also count the many cathedrals that have survived to modern times are also historic projects, St Peter’s Basilica in the Vatican being one of the most famous.

Why These “Megaprojects” Matter For Project Managers Today

These remarkable creations were designed and created by engineers, architects, and craftspeople. Yet, to be successful, they applied project management principles and concepts.

Without a good understanding of all of these principles, these projects would never have succeeded.

Today, we talk about “megaprojects”—projects with a budget of more than $1 billion dollars that attract significant public attention due to their substantial impact on communities, environment, and budgets.

Their numbers have become ever larger that the megaprojects that came before, but the fundamental truths of projects and how best to manage them remain the same.

Why Are Projects So Good At Driving Change?

The greatest governments and political leaders are nowadays big promoters of projects to drive change in their societies.

Because project-based work is the engine that generates the major accomplishments of our civilization.

Project work has stimulated society to advance and often go beyond long-established scientific and cultural limits.

Here are a few notable examples to illustrate my point: 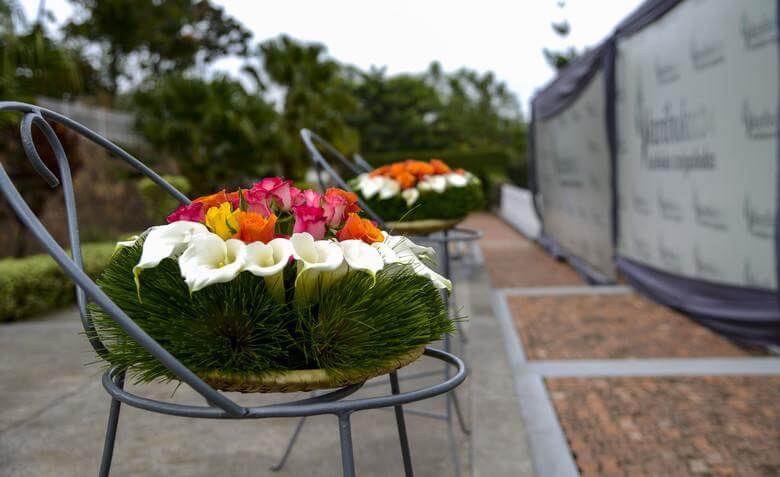 In Rwanda, for example, after one of the worst genocides in recent human history, an audacious leader, President Paul Kagame, decided to change the country’s destiny through Rwanda’s Reconstruction and Reconciliation Programme.

Twenty years later, 92% of Rwandans feel reconciled. And the country, devastated at that time, has become one of the most advanced in Africa, with one of the world’s highest rates of women in parliament (56%). 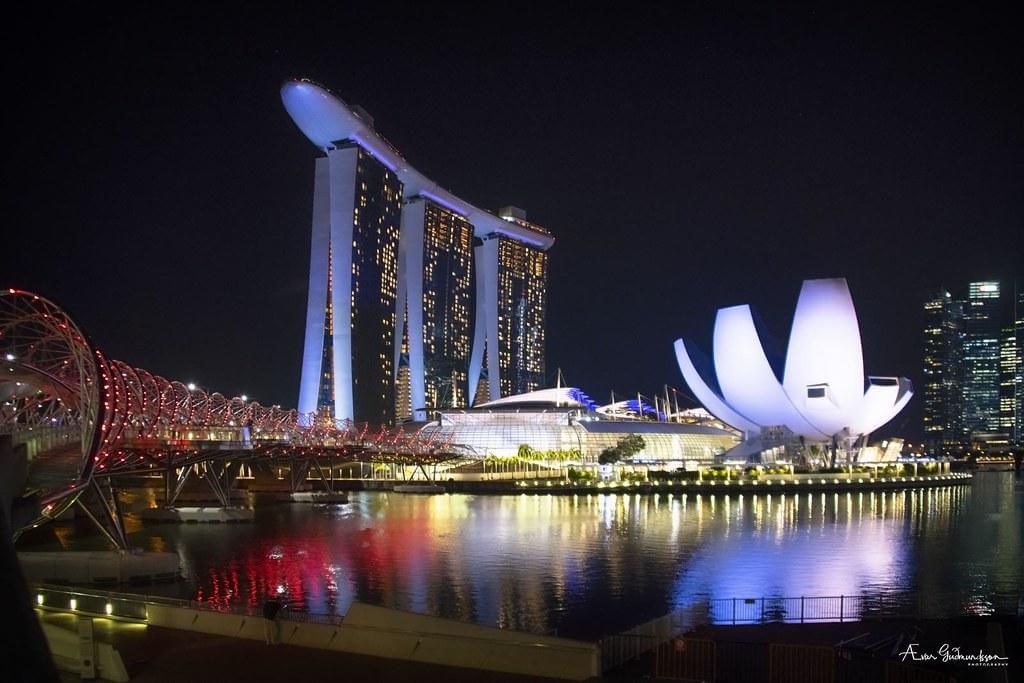 Or consider the rise of Singapore. In 1961, it was a ruined former British trading colony; today, it is one of the most competitive economies in the world. Prime Minister Lee Kuan Yew’s vision was to build an economically sound country that would be robust enough for future generations. The project included establishing the rule of law, efficient government structures, a continuous fight against corruption and overall stability.

A cornerstone of the program was its uncompromising standards for a universally accessible, top-flight public education system—which astutely identified human capital as Singapore’s key competitive advantage—supplemented with rigorous application of meritocracy.

Singapore is considered one of the most carefully planned cities in the world.

Example 3: The Transformation Of Dubai, Odense, and Curitiba 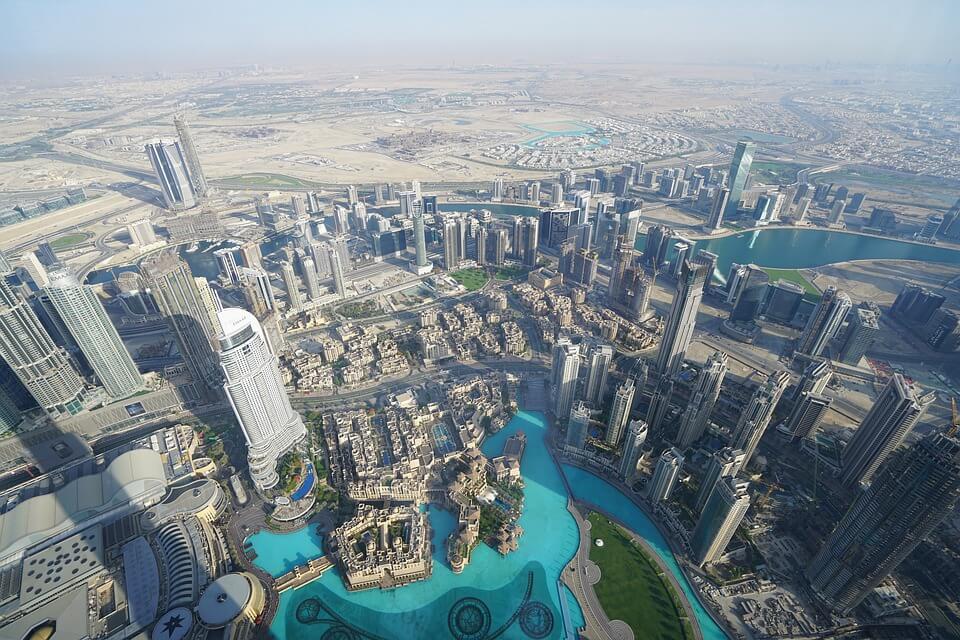 Or think of Dubai, transformed from a fishing town in the middle of the desert to a vibrant and modern city.
Or the small Danish city of Odense, which, through an ambitious project transformed itself into one of the most innovative robotics hubs in Europe.

Or Curitiba, Brazil’s green capital and one of the most environmentally friendly and sustainable cities in Latin America. 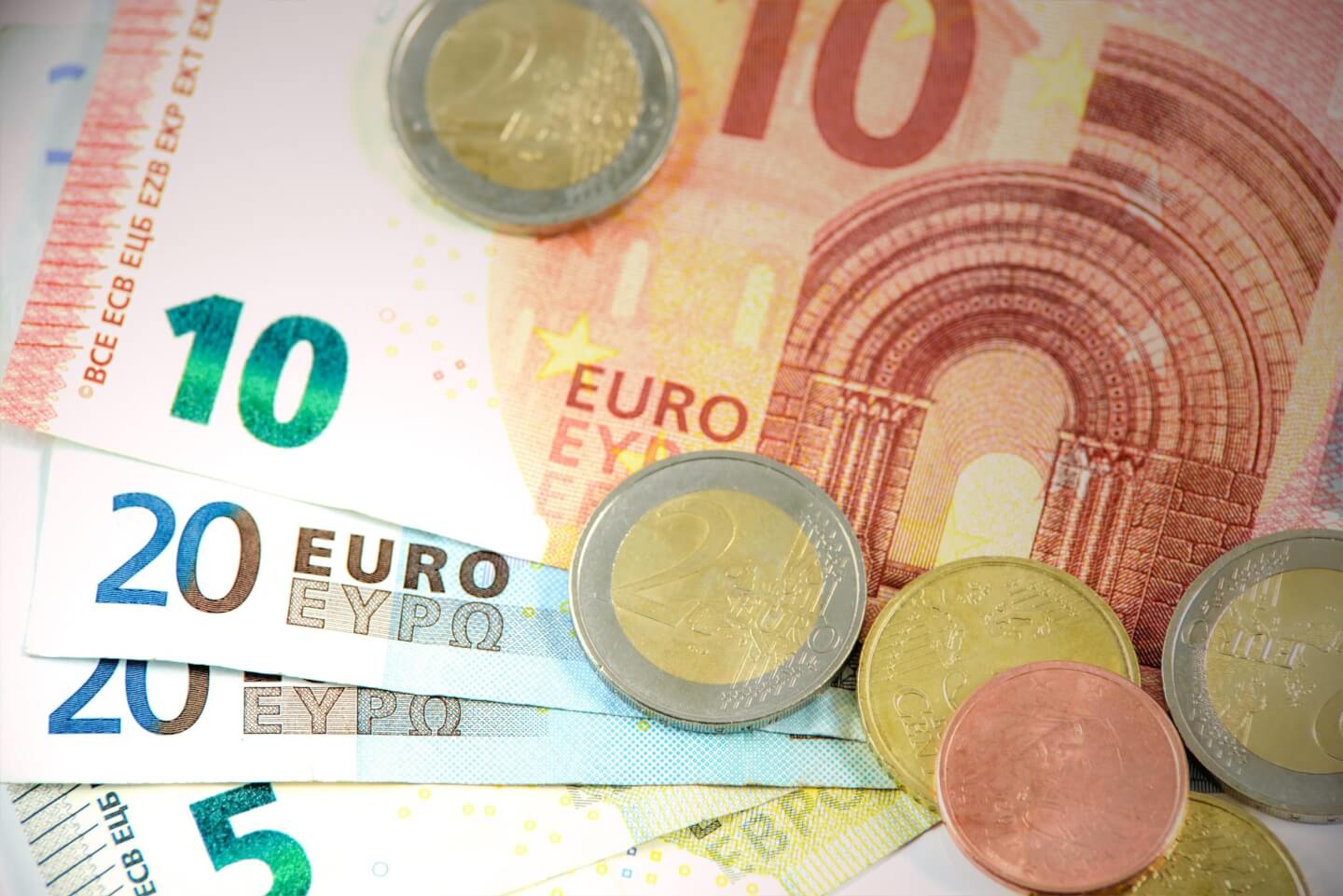 Think of the introduction of the euro in 2002, or of when the Swedish decided to switch traffic to the other side of the road during the night of 3 September 1967.

Why And How These Projects Drive Change

Some of the most fascinating technological achievements have been, in essence, brilliant projects:

Last but not least, there are hundreds of amazing personal projects—achievements reached under extremely adverse conditions or simply personal dreams that are made a reality through a project. If you want to learn more about these high-impact projects, after this article, have a look at the PMI’s Top 50 Most Influential Projects Of The Last 50 Years.

All this is nothing new. Projects are timeless and universal. The construction of the pyramids in Egypt, the development of modern cities, the Marshall Plan, the Apollo space program, the creation of the European Union—all these achievements were the result of ideas being turned into reality through projects.

The behavioral and social sciences endorse the idea that there are a few ways of working and collaborating that is particularly motivating and inspiring for people working on a project. These are that a project should have ambitious goals, a higher purpose, and a clear deadline.
You have probably noticed that what people tend to remember most clearly from their entire careers in the projects they work on—often the successful ones, but also the failed ones.

The Project Revolution: Looking At Our Future

According to my latest research (see chart), fewer management resources are being consumed by straight-ahead operations year by year. Several other movements have helped to accelerate this trend:

The result of all of these changes is that companies have made their operations extremely efficient, reaching levels where finding additional efficiency improvements is no longer possible. 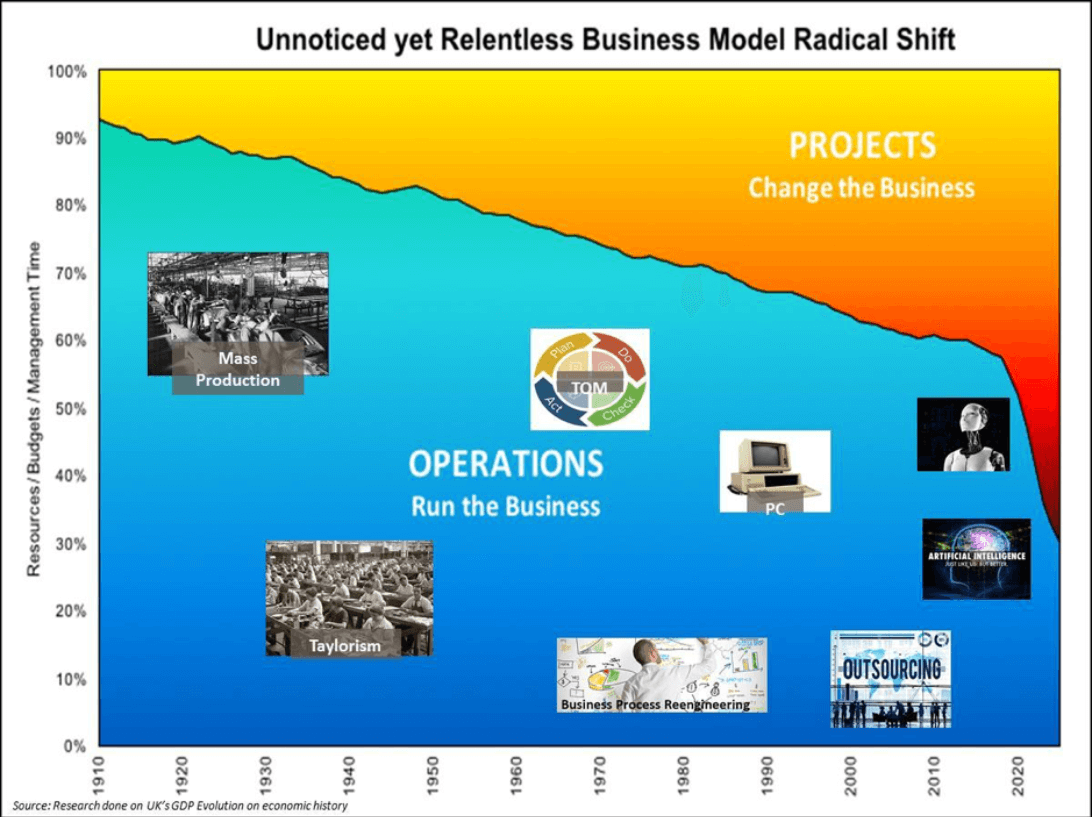 Disruptive technologies will accelerate this trend. Robots and AI will take over much of the operational work, where they have not done so already. Organizations will shift their focus to projects and project-based work—leading to what I have called the “Project Revolution”. In this new landscape, projects are becoming an essential model for delivering change and creating value.

Here’s a DPM article with more on Top 50 Most Influential Projects Of The Last 50 Years.

My prediction is that by 2025, regardless of the industry or sector, senior leaders and managers will spend at least 60% of their time selecting, prioritizing, and driving the execution of projects. We will all become project leaders—despite never having been trained to be so!

In this new landscape, projects are becoming an essential model to deliver change and create value.

In Germany, for example, approximately 40% of the turnover and the activities of German companies are performed as projects. This is only going to increase. In fact, similar percentages can be found in most Western economies. The figures are even higher in China and some of the other leading Asian economies, where project-based work has been an essential element in their economic emergence. The so-called gig economy is driven by projects.

Make no mistake, we are witnessing the rise of the project economy.

Humans must gather together around the purpose of the project, dividing up the work, bonding, interacting and addressing emotional aspects to create a high-performing team. Technology will, of course, play a role in projects. It will improve the selection of projects and increase the chances of success. But technology will be an enabler and not the goal.

Antonio Nieto-Rodriguez (antonionietorodriguez.com) a thought leader, author, practitioner, and professor. He is the creator of concepts such as the Hierarchy of Purpose, featured by Harvard Business Review, or the Project Manifesto; which argues that projects are the lingua franca of the business and personal worlds from the C-suite to managing your career or relationships. He is author of “The Project Revolution” (LID, 2019). "Lead Successful Projects" (Penguin, 2019) and “The Focused Organization” (Taylor & Francis, 2014). His research and global impact in modern management been recognized by Thinkers50 with the prestigious award "Ideas into Practice". Antonio was the Chairman of the Project Management Institute in 2016, were he co-founded the Brightline Initiative. What Is Project Management? Everything You Need To Know 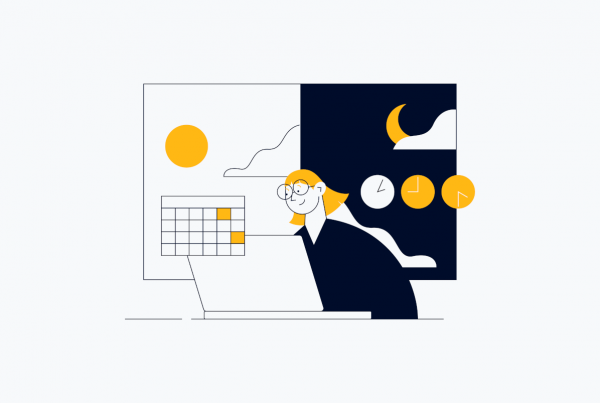 Project Management Tasks: What Does A Digital PM Do All Day? 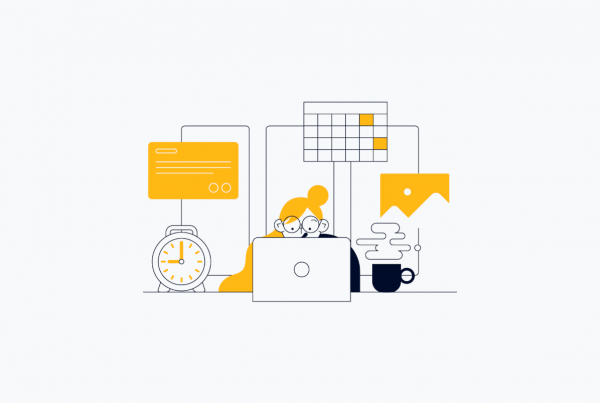