As we often do late in the year, I took time to reflect on project lessons I’ve learned in the past year. Here’s what I found:

The year 2018 was filled with so many things that were…not great? Terrifying? Soul-crushing? It’s hard to find the right words. Where often I am looking to the news of the world to save me from my work woes, in 2018, I looked to work to save me from the world’s woes. But there were bright spots!

Reflections And Lessons Learned From 2018

In this post, I turn a few standout experiences from 2018 into PM teachable moments—as you read, use these lessons learned to inform your approach for the year ahead.

1. The World Won’t End If My Project Fails.

There’s long been a mantra in almost every field I’ve worked in that says, “It’s okay, it’s not like we’re curing cancer.” That was comforting (until I started working for a pharma agency whose campaign was something to actually help with cancer treatments, so…) because we all want reassurance that if we do something wrong, it won’t be the undoing of us all. Despite all of that, I still didn’t want to be the PM with a failed project. Who does?

But 2018 had some personal surprises (of the bad variety) that made it nearly impossible for me to not have a failed project—and it happened. And here I am, alive and well, still working, still with my teams’ and my clients’ trust. It’s one thing to tell yourself it’s okay, and it’s another thing to experience it. My hope is that you won’t have to experience it, but know that when it happens, it’s okay.

(However, if you want to ward off those failures in 2019, be sure to read my good friend Natalie’s post on project failures, and take notes.)

Waterfall is the yin to Agile’s yang in the PM world. It’s been discarded in favor of the more once-up-and-coming-then-mainstream Agile principles in many circles of digital project management. With Agile, you continuously iterate in cycles and work concurrently with design, development, and testing. You create sprint plans, you work with the entire team from day one, and you create feature sets as you go. With Waterfall, you plan out distinct phases of work that follow each other—design to development, development to testing, testing to launch. It’s a very methodical, Gantt-chart-y way of doing projects that some people now think of as stodgy.

I had a really meaningful project that I managed in 2018, with a small group of people doing important work for a prominent non-profit. I secretly love Waterfall (even though I’m a Certified ScrumMaster). This project really called out for Waterfall.and I did it. I did the whole thing Waterfall, and it was great! And the team liked it. In fact, the engineer said she was grateful I didn’t try to steer it into Agile too much (okay, I used a Kanban board for some stuff, but that was more organizational).

So, I started telling people I ran a project Waterfall. And my PM friends were like “Oh, wow! That…sounds..good!” There was wonder and amazement. Then other PMs started saying “Hey, I did something like that recently too.” I realized that it’s okay to like and use Waterfall, and to tell people you’re liking and using Waterfall. There’s a place for Waterfall in our universe!

That’s not to say there aren’t good learnings from Agile that we can bring to our Waterfall projects—because there are. In the olden days, once design was finished, the designers went on to different projects and didn’t see anything again until launch. Quality assurance engineers got to sit in on a project kickoff meeting, but didn’t see or hear from anyone again until it was time to test. It wasn’t that we didn’t care about doing a good job, it just was The Way Things Were, especially when you had resource managers that only saw projects as places where roles needed to be plugged in.

Now, even when I run a Waterfall project, I make sure that there are check-ins, buy-in, and communication with everyone at all stages of the project. The designers see what the developers are making and can give feedback (before it’s too late to change directions), and my QA engineers don’t need that ramp up time at the beginning of our testing phase, because they’ve seen prototypes and have been plugged in since the start. It’s still Waterfall, but just like…Waterfall Plus.

Discover what SoftwareHut has to say about the Agile vs. Waterfall debate.

This is one of those lessons I re-learn every year. I start off telling myself, “You don’t have to know everything!” but little by little, that old “but the PM is supposed to know ALL THE THINGS” creeps in. The end of the year is a great time to remind ourselves that we’re responsible for making sure that the right people have the answers, but that doesn’t mean it has to be us. In fact, if I know everything that’s going on in my project, I might very well be stepping on toes. A mature, confident PM knows just how much they need to know in order to be effective but not self-indulgent. I just have to remind myself every so often to be a mature, confident PM. To be fair, I’ve only been doing this for 20 years. Sigh.

4. Remote Meetings Are Far Less Uptight Than They Used To Be.

When I first started working remotely, as so many people are doing these days (either as employees, or freelancers, or just a few days a week or month), I used to stress a lot about meetings. I’d be worried about what was going on in the background of my desk, to the extent that I’d be thinking about that instead of the interactions of the meeting itself. Is the ceiling fan on? Will the rotation be distracting? Is that a paper on the table behind me? Where did that cup of water come from? Does this shirt look too casual?

You never wanted someone to sense that you were working somewhere other than an office, because it was unprofessional. I feel like 2018 is the year things decidedly shifted. People could finally feel more comfortable letting people know that they do, indeed, drink water and use paper and have ceiling fans.

But the shift has kind of gone across center and to the other side—I’m starting to see some questionable things that I guess are supposed to be cool now that we’re more relaxed about remote meetings. I’ve unofficially been keeping track of things I’ve seen in meeting backgrounds: cats, African masks, beds (so many beds: beds that are made, beds that are not made, big headboards, no headboards…so many beds), hoarder-level cluttered living rooms, kids, other adults, dogs, TVs that are on. Make no mistake: I’m grateful that remote meetings are less rigid and people are more accepting of the remote lifestyle. But I feel like in 2019, we’re going to need to try to get back to center again. Cats? Yes! African masks? Okay! Beds? No. Nope. Never.

(Here’s an oldie but a goodie: see what I thought about remote work back in 2016.)

5. You Can’t Rely On A Tool To Do Key Project Work.

It can be tempting to just let the tool do a key piece of project work, such as reminding the team of a deadline, letting Slack handle standups, notifying you when a date is missed, flagging that a budget is in danger of going over, etc. As tempting as it is, I have learned this year that you just can’t do it. Sure, you can let tools do a lot of things, and that’s why they exist. But none of them are set-it-and-forget-it. I had this issue crop up when letting Harvest, a project time tracking and budgeting tool, deal with budgets. They were in danger of going over, but the emails Harvest sent weren’t going to my inbox—they were going to a promotions tab in Gmail. Who ever looks at the promotions tab? So the budget went over, and I had to answer for it. I had to face the question, “So, you didn’t check yourself…you just had Harvest handle it?”

It’s important to make time for the things you really need to pay attention to in your projects. Let my failure be your cautionary tale.

All in all, 2018 is one of the years that I’m looking forward to closing the books on. There was plenty of good, but also plenty of difficult things happening everywhere. It feels good to know we’re turning the page to 2019, but if we can take some of the things we’ve learned in 2018 with us—expand them, share them, keep the good things moving forward and shed the things that don’t work—the tough year many of us had will lay the groundwork for good things in the year ahead!

I'm Patrice Embry, a freelance digital project manager and Certified ScrumMaster. After 20 years in the field, I've been fortunate to work for agencies, corporations, and everything in between. My clients have spanned far and wide across verticals - pharmaceutical, finance, construction, ecommerce, race cars, you name it. My client roster includes Exxon Mobile, Merck HCP Education, Lundbeck Pharma, ACLU, Anti-Defamation League, GS1, SEI Investments, Simple Finance, and many more. I've worked on large scale websites, mobile apps, CRM and CMS systems, even print! I'm passionate about project management philosophy - it shapes what I do every day. My website is https://patrice-embry.com, and you can find me on Twitter @patrice108. How To Run An Agile Sprint Planning Meeting + Agenda

What Is 6clicks? Overview & Tour Of Features 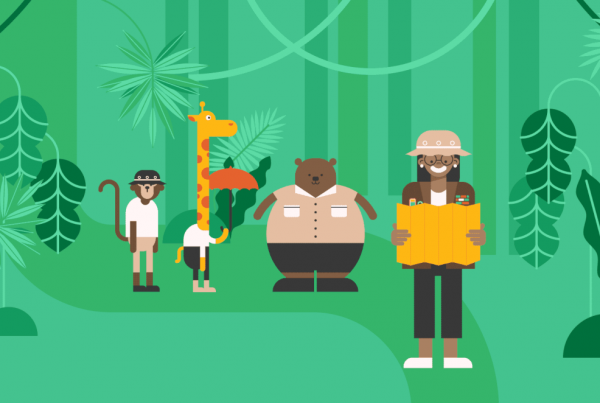