This article offers some key digital adoption model distinctions and practical tips and also illustrates how business simulation can be used to significantly improve the effectiveness of digital adoption programmes.

Whether it be colleagues, consumers or citizens, being able to effectively employ digital technologies to encourage communities to adopt that which you are promoting is one of the most critical success factors underpinning internal and external behavior change programmes.

“Adoption” by users or consumers turns out to be at the core of many, otherwise seemingly unrelated, business endeavors such as:

So what do we mean by “adoption”?

A key concept to help us lead adoption is the “Adoption Model“ which tries to make explicit the intermediate stages an adopter can go through from initially becoming aware right up to the point of becoming a habitual user.

Adoption Models tend to have the following characteristics:

Loyal Customers typically have larger average consumption, satisfaction, and loyalty than Regular Customers who in turn are higher than Occasional Customers, etc. Target Customers might also be split into Non-Category (not using the product) or Category (using a competitor’s product).

This model can be extended with, for example, Prospects being either new prospects, recycled Prospects or Customers coming up for renewal in a subscription revenue model.

The Challenge Of Digital Adoption At Scale

For adoption to make a real impact it usually needs to go beyond consumer trials and focus groups and extend into the larger communities which these pilot groups represent.

In moving from small group pilot to large-scale adoption we will encounter many new challenges such as:

To be successful in large-scale community adoption we also need to understand some important points:

Key Types Of Activity You Need In Your Digital Adoption Campaign

From my experience, to effectively engage a community you need to consider at least 4 different types of activity:

These four types of activity are not mutually exclusive. For example, a specific preparedness activity might also mitigate against an important adoption risk.

This kind of activity is normally conducted before a campaign commences and its purpose is to lay important foundations that will make future engagement activities more effective. Typical examples include setting up steering groups or customer representative panels and developing appropriate written and multimedia assets to support the engagement.

Think of Preparedness Activity as the “Railway Tracks” of your Community Adoption Campaign.

Most communities have key individuals who are very influential (see our previous discussion on what defines a community and super-connectors). They can use this influence for or against your community adoption campaign. They can also choose to ignore your campaign which will also make it more difficult for you. The first stage is to identify these people within the community. It may be that some of them are very visible and obvious and by engaging with them carefully you may also build up a profile of the characteristics and meeting places of the other ones.

Normally the next stage is to try and get these influencers into an early co-invention conversation about the adoption to seek their support. You want to see if they are positive and will help you. Alternatively, if they are luke-warm, neutral, or opposing you need to listen to their advice and find a way to re-engage them later.

Think of Community Influencer Activity as the “Train Drivers” of your Community Adoption Campaign.

Strictly speaking, risk mitigation activities are special cases of preparedness or community influencer activities. However, they are so important and so frequently missing from community adoption campaigns that I prefer to treat them as distinct.

Both these risks are entirely foreseeable and specific avoidance and mitigation activities can be planned to a) reduce the risk of them happening and/or b) to allow you to respond effectively and quickly if they do occur.

There are other types of risks such as your company being acquired or the government falling which might be much more difficult to foresee. In this case whilst it may not be possible to identify specific mitigations in advance you can still structure your adoption project in a way that might make them less impactful. For example, by building in contingency time or budget or resources which you do not plan to use if things go well.

A vital risk mitigation activity is to build the necessary early warning systems to alert you early if a risk starts materializing. Such systems are typically reporting mechanisms built around the leading indicators of success you will have identified as part of your plan for measuring the success of the project through a Balanced Scorecard approach.

Think of Risk Mitigation Activity as the “Signalling System” of your Community Adoption Campaign.

This final type of activity may represent the bulk of your efforts and time in a community adoption programme. These are the activities that directly move individuals in the community from one level of adoption to the next.

A useful tool in developing adoption activities is the AIDCA model which is similar to the adoption model described earlier in this guide but more suited to community engagement and summarised in the table below working from the bottom up:

To be able to monitor your success you will also need an “Adoption Model” plus some mechanism for identifying when individuals move upwards (or backward) based on some observable behaviors which you can then build reporting systems around. We introduced adoption models in the previous chapter but they merit a further look here.

For example, the SPREAD Simulation (described in the next section) uses a 5-point Adoption Model shown overleaf. In addition, at any level (1-4) below “Sustaining” on the model a potential user can REJECT (returning to level 0) the innovation/change altogether thus becoming closed to any further engagement on the topic.

The Use Of Simulation In Adoption Planning

Simulation tools, such as SPREAD, allow you to manage different scenarios and risks as you roll out your innovation in a safe virtual environment. You can also “what-if“ different stimuli and sequences of adoption.

Simulation can be very useful in helping a team envision, plan, and execute an adoption programme and become better equipped to deal with the unexpected when it arises during the actual rollout.

There are typically some very important learnings gained when participants use Adoption Model Simulations including the following:

There are 3 key Adoption Model Metrics:

“Spread” (aka Penetration) is a single number that measures the degree of adoption. It is the weighted average of the number of adopters across all the levels of the model. In the example, in a highly unlikely scenario of all 200 users reaching “Partnering” (Level 5) then the Spread would be 5.00. Conversely, if all 200 users remain “Unaware” then the Spread would be 1.00.

“Satisfaction” can be measured in a number of different ways – here we show the Net Promoter Score (NPS) which is defined as %Promoters – %Detractors. In this example, we have defined NPS is a generous way as Promoters = (Partnering + Piloting + Engaged) and Detractors = Rejected. However, this value is still only 8% whereas organizations with top customer satisfaction tend to operate at the 70%-80% bracket which shows that there is definitely a potential satisfaction problem in this dataset.

“Pipeline” is a measure of the health of each stage in the adoption model and uses conversion rates and targets to compare the values at each level with the ideal values at the particular stage of the exercise (in this case 75% complete). It shows clearly that there is a problem in the rate at which users are being made aware of the new product/practice to be adopted. The pipeline is a very important metric as adoption managers can become fixated on just some levels of the Adoption Model and by the time the problem is spotted it is too late.

SPREAD is a computer-based business simulation that provides a ‘what-if’ planning capability for any adoption project such as rolling out a new practice or innovation to a defined community using one-many interventions.

Specifically, the simulation allows leaders and managers, to explore the effectiveness and sequencing of different types of one-many interventions to attempt to move a whole community from ‘unaware’ to ‘fully adopted’. In technical terms, SPREAD is an Innovation Diffusion Model.

SPREAD can be customized for the organization, innovation, and target community, and therefore can be used as a management tool to ‘test and tune’ the planning of mass adoption. For example, SPREAD has been used in healthcare to model the adoption of new healthcare practices (‘the innovation’) within defined practitioner groups (‘the target community’).

SPREAD can be played as a team game to educate players about the planned adoption and to develop wider ownership for the program across the leadership team.

After a group has played SPREAD to prepare for an upcoming major adoption they should understand much more clearly what is really involved. Therefore, they should be better equipped to envisage it, plan it, identify the key risks, and manage more effectively when the unexpected happens because they have already simulated it!

SPREAD can be configured with any set of tasks required for a rollout and all team decisions are saved and can be “action-replayed” afterward to deepen the learning. SPREAD results are shown graphically using high impact charts showing user adoption, the budget spends, user benefits, and other key roll-out measures.

Below is a screenshot from a typical SPREAD session. On the left, we have a list of possible initiatives and their status. The 4 gauges show graphically the progress on Readiness, Leader Engagement, Milestones, and Community Adoption.

The charts and the table to the right show how user adoption is moving through the different stages from Unaware right through to Sustaining.

You can find out more about SPREAD at www.businesssimulations.com

Ken is a practitioner, author and speaker on Leadership, Collaborative Working, High Performing Teams, Change Management, Project Management and Business Acumen. His work has featured in major publications including The Guardian , Wired Magazine, The Huffington Post and The Henry Ford Magazine. Ken has also spoken at many international events including TEDx, the Institute for Healthcare Improvement (IHI), Learn Tech (London) and NASA. Ken is Managing Director of Business Simulations Ltd.

Putting Developers In Front Of Clients (with Michael Luchen from Crema)

Putting Developers In Front Of Clients (with Michael Luchen from Crema) 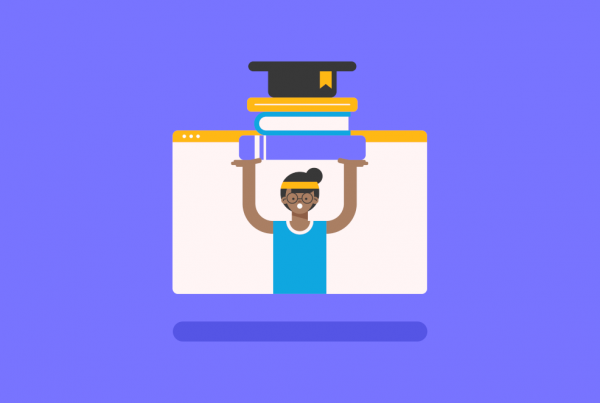 21 Key Skills For Your Project Management Resume in 2022